The Recovery Room     Video/Photo Archive     Donations     About Us

Hands and Feet Hall Of Fame 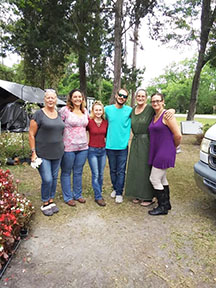 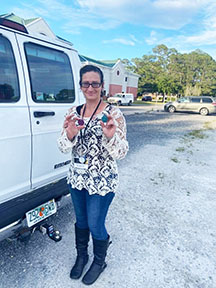 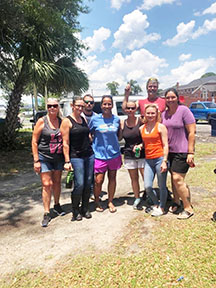 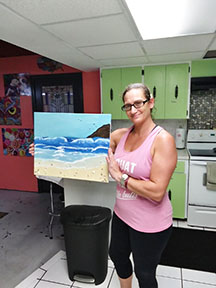 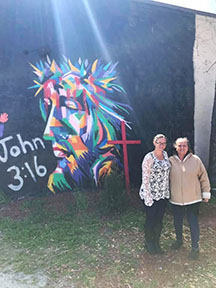 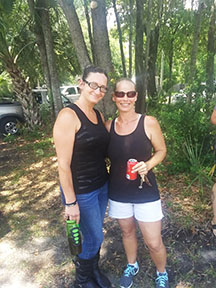 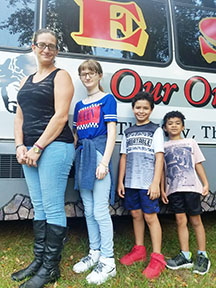 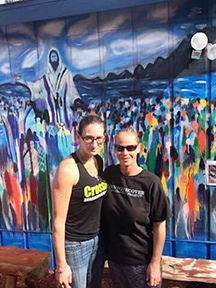 My name is Heather Kaminski. I am 39 years old and have been sober for 20 months now. Its only by the grace of God and the help from Amy and James Gandy, that I am where I am today to be able to share my testimony. Growing up I was raised by my mother, who was a heroin addict and alcoholic. I was exposed to abuse and sexual assault to my old sister which then in return lead my sister to assault and sexual assault me. We were then put into foster care. I was placed in five different homes in different towns within 3 years. Finally, I was placed in the care of my father when I was 9. Life seemed to be great. I was daddy’s little girl and got pretty much what I wanted. As I got older, I began to realize the power I could hold to have people do whatever I wanted them to do for me without having to give anything in return. Throughout high school my dad called me black widow because I had all these people caught in the web of Heather.

And then the drug use started. By the time I graduated high school I was already addicted to doctor prescribed pain pill and did a whole lot of street drugs for fun. I then became the functional addict. Hiding and pretending that all was good but really had a problem.

I had my first child at 20. Drug us got hard and deeper. For the next 7 years I tried to keep it together but failed at every turn. Then came my second child. At that point I was selling drugs to pay for bills to have a roof over my kid’s head. But that didn’t last long. DCF got involve which led to the removal of my 2 children. when they got taken, I felt I had no reason to try so I hit the drugs really hard and really fast. I moved from town to town going from jail to jail. Then my third child came and was taken at birth. Still, I continue to do the same thing and the following year I had my fourth child. And he too was taken at birth. Knowing my father had my children in my mind just made it ok to not fight to do right. knowing they were safe gave me the excuse in my mind to continue my life style of drugs and running.

So then for the next 6 years I bounced town to town and jail to jail again. I landed on 103rd St in Jacksonville fl. and lived on the streets for almost two years doing heroin. What a life I had taken myself to. I would go to Hands and Feet ministry there to eat at lunch. There to find Amy and James always trying to spread the word of God. So, I grabbed the food and ran; and ran fast. I knew doing the right thing would be the hardest so I didn’t want to be confronted by it. Until one day, after getting a fix, I walked down to the ministry to get food and the minute my foot hit the sidewalk in front the conviction of God fell upon me. As I walked around the corner of parking lot, I looked up to see everyone in the circle of prayer before the meal was served. My first instinct was to get my food and run.

I went through the line got a plate of food and as soon as I sat down, didn’t even take a bite yet, Amy stood up and announced there was one bed left at the female rehab they run. I knew God put her there at that very moment to lead me to the life God has and want for me. So, I jumped up and went straight to Amy and she asked one simple question "was I ready?" when I said yes, she put me in her car and my journey of my new life began. After detox Amy took me to The Place of Grace to begin my rehab. My princess attitude did not win anyone over.... but Amy never gave up on me.

She helped me understand that life isn’t fair but God is. She made me realize that I was the problem not everyone else and, once I admitted that, I was able to begin to restore and renew my mind.

Place of Grace that Amy and James run is not like any other rehab I have ever been in. They care, they have been where I have been, they relate, and they support. During my stay there I have gained a whole new family; they are my family. And God has restored my relationship with my parents and my children. I currently live at home with all of them and help run an outreach food ministry. God is good. I owe my recovery to God. And want to thank both Amy and James Gandy for being God’s vessels taking me down my road of recovery. Thank you so much Amy and James Gandy; Love you Both.